It’s been months since I last wrote a post here. In fact, the last one was almost a year ago and I certainly wouldn’t blame readers if they were to think I’ve abandoned this blog. Some might even be wondering what has become of me; of whether I’ve come full circle and being led back to that same route which had brought about almost total destruction the last time.
The reason for my being inactive at this blog is simply this: life has become so “normal” that I doubt anyone would want to read about it! A lot of things have happened since I first started this blog in August 2008 – good things I would never have dared to hope for or even imagine.

Over the years before that, as a direct consequence of the relapse which began around 1993 and the ensuing downward spiral and total collapse, I had lost essentially everything – the house completed in 1990 with a government housing loan, a Proton Saga 1.3 Megavalve, shares of some public-listed companies (that included KL Kepong, UEM, New Straits Times Press etc.), money and whatever else of any value.

On Thursday, 11th. August 2005 – the day I was arrested – my total possession amounted to… all of RM1.00, which would have been the bus fare back from Pasir Mas town to my house. Four days later, I was sent from the police lockup to be remanded at the Pengkalan Chepa prison where I was to spend three horrible months - nobody had cared enough to put up the RM500 bail. That, perhaps, was the biggest and most bitter blow of all – the harsh reality and acceptance of my being all alone, had nothing, was nothing. It was an irrefutable reality, of my being a total zero in life. “How could things have ever gotten to be this way?!“
Looking back, I would often wonder how it was that I had managed to live all those years. There is nothing worse than to have to live a life where you had lost everything, are alone and without any glimmer of hope that things could ever improve. There was nothing to distinguish the different days, weeks and months – they just melded together into one endless period filled only with misery, boredom and loneliness, with no hope that this would ever be different in the near or even far future. There was nothing else to do, to look forward to or to hope for: with absolutely no resources and no one who cared, life was just an unending emptiness.

The only thing that made it tolerable were the occasions when I somehow managed to scrape just enough money – RM12 or so – for a shot of morphine. Strange as it may sound to those who have never been addicted, the continued use of morphine was the only thing that prevented me from having a mental breakdown, besides somehow giving me the will to “just live another day – things might be better tomorrow…”.

If that’s how it was with me, perhaps it could also help to explain why many addicts continue to use drugs; and of why many – even after seemingly having kicked the habit after being in lockups, prisons and rehabilitation centres, or simply by detoxing themselves – keep returning to drugs? It’s so very easy for many people in society to ride a high horse and dispense with this advice of “You must have willpower…”. And what’s to sustain this willpower? It might last a few weeks or months for most and perhaps a few years for some, but often this willpower would dissolve due to one basic factor – the situation, circumstances and environment remain the same. And I know I would have gone down the same route again after being discharged from Pusat Serenti Gambang had it not been for the Grace of God and His Mercy…

Monday, 18 December 2006 – 16 months after the arrest, and having been incarcerated in a lockup, prison and a government rehabilitation centre, the day finally arrived - the much vaunted and much talked about “freedom”. Bebas: Go to any lockup, prison or centre, do a simple survey or just listen and you’ll find that this is the most oft-repeated word. For most inmates, everything is centred around this; the day when “everything will be okay again.”


I was no different, of course. From the day of arrest, and especially on 31 October 2005 when I received the despairing order to undergo compulsory treatment and rehabilitation for two years, all I wanted was “freedom”… to go back to where I came from and do what I want. But things had gradually changed since then, and my concept and desire of this so-called freedom became different from most of my fellow inmates and friends.

War on drugs a trillion-dollar failure?


Editor's note: Richard Branson is the founder of Virgin Group, with global branded revenues of $21 billion, and a member of the Global Drug Commission. Sir Richard was knighted in 1999 for his services to entrepreneurship. Watch today for Branson's interview with CNN/US' Erin Burnett Out Front at 7pm ET and tomorrow (12/7) with CNN International's Connect the World program at 4pm ET
(CNN) -- In 1925, H. L. Mencken wrote an impassioned plea: "Prohibition has not only failed in its promises but actually created additional serious and disturbing social problemsthroughout society. There is not less drunkenness in the Republic but more. There is not less crime, but more. ... The cost of government is not smaller, but vastly greater. Respect for law has not increased, but diminished."


This week marks the 79th anniversary of the repeal of Prohibition in December 1933, but Mencken's plea could easily apply to today's global policy on drugs.
We could learn a thing or two by looking at what Prohibition brought to the United States: an increase in consumption of hard liquor, organized crime taking over legal production and distribution and widespread anger with the federal government.
News: Pot smokers enter legal limbo in Washington, Colorado

Richard Branson
Here we are, four decades after Richard Nixon declared the war on drugs in 1971 and $1 trillion spent since then. What do we have to show for it?
The U.S. has the largest prison population in the world, with about 2.3 million behind bars. More than half a million of those people are incarcerated for a drug law violation. What a waste of young lives.
Become a fan of CNNOpinion
Stay up to date on the latest opinion, analysis and conversations through social media. Join us atFacebook/CNNOpinion and follow us @CNNOpinion on Twitter. We welcome your ideas and comments.

In business, if one of our companies is failing, we take steps to identify and solve the problem. What we don't do is continue failing strategies that cost huge sums of money and exacerbate the problem. Rather than continuing on the disastrous path of the war on drugs, we need to look at what works and what doesn't in terms of real evidence and data.
The facts are overwhelming. If the global drug trade were a country, it would have one of the top 20 economies in the world. In 2005, the United Nations estimated the global illegal drug trade is worth more than $320 billion. It also estimates there are 230 million illegal drug users in the world, yet 90% of them are not classified as problematic.
In the United States, if illegal drugs were taxed at rates comparable to those on alcohol and tobacco, they would yield $46.7 billion in tax revenue. A Cato study says legalizing drugs would save the U.S. about $41 billion a year in enforcing the drug laws.

Workers not protected by pot law

Medical marijuana for a 7-year-old?

Marijuana's high profile election
Have U.S. drug laws reduced drug use? No. The U.S. is the No. 1 nation in the world in illegal drug use. As with Prohibition, banning alcohol didn't stop people drinking -- it just stopped people obeying the law.
News: Marijuana advocates hope to rise from 'prohibition'
About 40,000 people were in U.S. jails and prisons for drug crimes in 1980, compared with more than 500,000 today. Excessively long prison sentences and locking up people for small drug offenses contribute greatly to this ballooning of the prison population. It also represents racial discrimination and targeting disguised as drug policy. People of color are no more likely to use or sell illegal drugs than white people -- yet from 1980 to 2007, blacks were arrested for drug law violations at rates 2.8 to 5.5 times higher than white arrest rates.
Prohibition failed when the American people spoke up and demanded its repeal. Today, the American people are showing their dissatisfaction with the war on drugs by voting for change, often in the face of federal law.
Colorado and Washington recently became the first U.S. states to legalize recreational use of marijuana. Eighteen states and the District of Columbia allow the medical use of marijuana, and 74% of Americans support alternatives to locking people up for marijuana possession.
How would our society, our communities and daily lives improve if we took the money we use running a police and prison state and put it into education and health? Treating drugs as a health issue could save billions, improve public health and help us better control violence and crime in our communities. Hundreds of thousands of people have died from overdoses and drug-related diseases, including HIV and hepatitis C, because they didn't have access to cost-effective, life-saving solutions.
A Pew study says it costs the U.S. an average of $30,000 a year to incarcerate an inmate, but the nation spends only an average $11,665 per public school student. The future of our nations and our children should be our priority. We should be helping people addicted to drugs break their habits rather than putting users in prison.
When it comes to drugs, we should focus on the goals we agree on: protecting our kids, protecting public safety and preventing and treating drug abuse and addiction. To help unlock barriers to drug reform, last June, I joined the Global Commission on Drug Policy, which is bringing global leadership to drug reform to make fact-based research public and draw attention to successful alternative approaches.
Opinion: Mr. President, fix our broken drug policy
As part of this work, a new documentary, "Breaking the Taboo,"narrated by Oscar award-winning actor Morgan Freeman and produced by my son Sam Branson's indie Sundog Pictures, followed the commission's attempts to break the political taboo over the war on drugs. The film exposes the biggest failure of global policy in the past 40 years and features revealing contributions from global leaders, including former Presidents Bill Clinton and Jimmy Carter.
It is time we broke the taboo and opened up the debate about the war on drugs. We need alternatives that focus on education, health, taxation and regulation.
If you ignore a serious problem, refuse to debate it and hope it will go away all by itself, you are very naive. The war on drugs has failed. It's time to confront the issue head on.

We Are Drug Free. Join Us 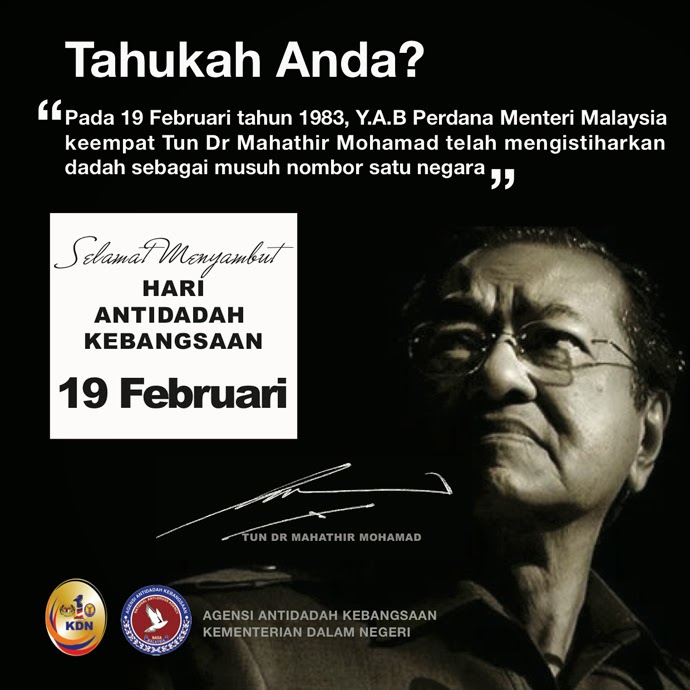 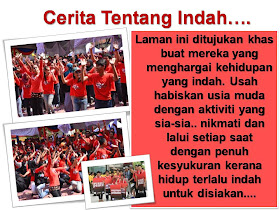 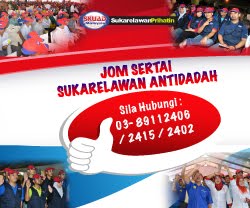